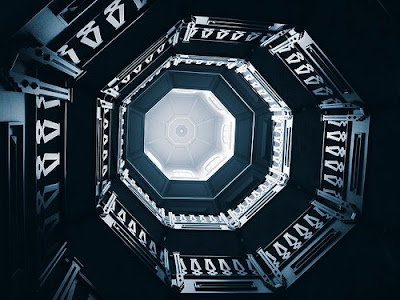 In recent years, a new approach in the field of psychology has opened up possibilities for understanding important aspects of human nature. This new organizing idea, known as The Human Givens, postulates that when certain specific important human needs are not met, or are denied to an individual, that mental illness and suffering can ensue. Optimal well-being therefore can only be assured when a person’s needs are both known to that person and are sufficiently met.

We believe that this scientific, evidence-based approach, which is now gaining wider currency and is replacing outmoded models of psychology, can be applied to collectives as well, and can be used to better understanding the situation in the Middle East - a region which is undoubtedly today in a state of disequilibrium.

We propose that not only does the issue of unmet human needs hold as true for collectives, groups, and societies as much as for individuals - indeed, the goal of collectives is mostly to ensure that individuals have all those needs met - but that unmet needs are at the root of many of the problems in the Middle East today – fueling “issues” which are grappled with endlessly by politicians and diplomats using traditional methods and mechanisms, often with little or no results.

Viewing issues through the lens of unmet needs offers new possibilities for addressing complex issues in the Middle East.

Below is a list of needs, which we have adapted from the Human Givens approach, and which we believe societies in the Middle East must have met if a more healthy, productive, and promising future for the region is to be realized. This follows our July 2 post entitled "The Problem":

Security - safe territory and environment free of threat for the healthy growth of individuals and of societies respectively.

Ecological and Environmental Health – the maintenance and promotion of a balanced physical environment that can provide for the physical sustenance/needs of individuals and societies – clean air, water, and food and sufficient living space to avoid crowding.

Economic Welfare and Opportunity – systems for governments to deliver sufficient economic welfare and opportunity for their citizens.

A Sense of Autonomy, Control and Responsibility – for communities and nations in relation to each other and the outside world, and for individuals within all societies in the Middle East. Too much control by one country over another, one group over another, or by governments over its own citizens robs collectives and individuals of the sense of volition, and leads to frustration. Examples of greater autonomy and control include:

* Israel allowing Palestinians greater freedom of movement
* Palestinians having autonomy and control over their lives through an independent government and state.
* Easing of controls and restrictions by certain Arab governments on their people on access to information
* Greater opportunities for individuals and communities to be involved in politics, local or national.
* Less intrusion by governments into the lives of citizens through security services, informants and the like
* Greater allowance and encouragement of independent thought and dissent within groups or communities

Recognition – a recognition between communities and political entities of each others’ existence and the right to exist, and the cultivation between them of healthy relations, interactions, and exchange on an equitable and mutual basis.

* Greater freedom of movement for people in the region to travel to different countries
* Greater allowance for people of the same ethnic community who are currently separated by borders to meet with one another in other countries or regions, ie – Palestinians, Kurds, Druzes etc.

Individual and Group Competence, Achievement and Status – better run societies with more effective frameworks for providing groups and individuals greater opportunities to realize their economic, political and cultural goals - thereby providing individuals and collectives with the need to have a sense of their own competence, achievement and status.

Meaning and Purpose - Enabling an environment and culture which permits individuals to pursue meaning and purpose in their life.
Posted by John and John at 10:51 AM

Hi, there,
I'd be interested in reading your theoretical sources. Could you drop a few names and titles? Thanks.

"The Human Givens: A New Approach to Emotional Health and Clear Thinking", by Joe Griffin and Ivan Tyrell, 2003.