The White Synagogue of Toledo 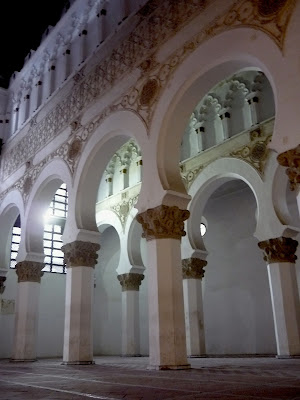 Today, Western style skyscrapers have spread to the desert of the Gulf and the Pacific coast of China. Once upon a time, Arabic-Islamic architecture also spread from its origins in the Middle East to Spain and other places where Islamic civilization blossomed.

One of the many stunning examples of the beauty of that style in the Andalus is the ´White Synagogue´ of Toledo, a building estimated to have been built in the 11th century. It was a centerpiece of the city's thriving Jewish community and was a typical case of mudejar art: Muslim architects building for non-Islamic purposes in Christian Spain after the reconquista - this time for a Jewish community. Its space of repeating white 'horseshoe' arches creates a unique sense of serenity and purity.

Under the Arabs, Toledo was a centre of learning that helped pass the knowledge of antiquity, and of the east, northwards to Europe. This tradition was carried on in the city after the Christian conquest, especially through the Toledo School of Translators. The spirit of tolerance of the city was sadly lost: Jews were slaughtered by Chirstians in this very synagogue in 1395. However, the building still stands, recently renovated: the oldest standing synagogue in Europe. 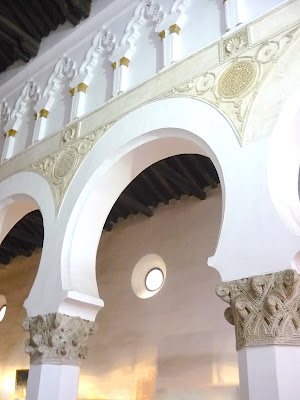