Hassan Sabah and the Assassins 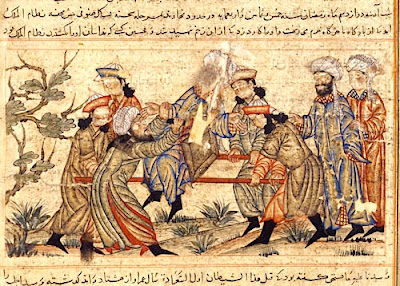 Of the many historical tales and anecdotes arising out of the Middle East, few offer the kind of salaciousness and intrigue as that of the story of “the Assassins”. It is a narrative both entertaining and fascinating, but when scrutinized, may reveal something about the way history is made.

As the Middle East of the 12th century buckled under the weight of the invading Crusaders and the ensuing political chaos that followed in their wake, a wave of brazen murders targeting some of the most powerful people in the region began in earnest.

Representatives of different ruling powers – political, military, bureaucratic and religious – started falling to the daggers and arrows of shadowy murderers who killed with astonishing daring. With no obvious pattern or motive, these killings of mostly Sunni officials were seen as originating from outside the fray of the region’s overlapping conflicts.

Stories soon began to circulate of a strange figure said to be holed-up in an impenetrable mountain fortress in northern Persia with an army of fanatical disciples. This “Old Man of the Mountain” was none other than the formidable personage of Hassan Sabah. A religious leader of the Ismaili branch of Shia Islam, Sabah was the first in a line of politico-religious demagogues believed to be waging a clandestine war against the rulers of the Middle East. 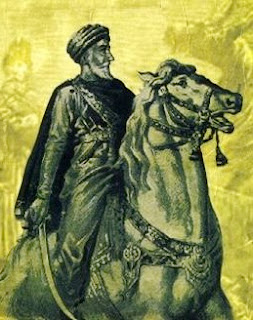 It was known that Sabah had studied at a religious school in Cairo, and had risen to become an outspoken and controversial figure. After falling out with authorities in Egypt following a failed power grab, he and a handful of disciples made their way to his native Persia. There he moved between principalities until finally settling at a place in the Alborz Mountains known “Alamut”. From a rugged alpine fortress, Sabah went about creating a rigid and messianic cult-like society devoted to attacking and destabilizing the region’s competing empires.

The Ismaili Fatimids of Cairo, the Sunni Abbasids in Baghdad, various Seljuk rulers, and even the Crusaders, were all said to be targets of his army of shadow warriors. Numerous redoubts of this strange new sect had also reportedly sprung up throughout the mountains of Syria. Stories of these interlopers, which grew ever more outlandish over time, circulated in an environment of intermittent warfare where the lines demarcating friend from foe were in constant flux.

During the two centuries in which the Crusades were fought, this obscure sect, led by a succession of rulers, was known by various names, including:

They were names that would ultimately morph into the English word “Assassin” – denoting a hired professional murderer who kills by stealth.

The stories depicted these partisans as an elite corps of fanatical religious killers who had infiltrated Middle East society at all levels, awaiting orders to plunge their daggers into the hearts of men of political prominence. “The Old Man of the Mountain” (a name attached to ALL the rulers of Alamut, even after Hassan’s death), was the chief mastermind of this menace, carrying out his plans from an unreachable castle perch.

The famous Venetian traveller and merchant, Marco Polo passed through the environs of Alamut in 1273, some two decades after the Mongols destroyed the Assassin headquarters. While there, Polo collected from the locals information passed down about this erstwhile group. 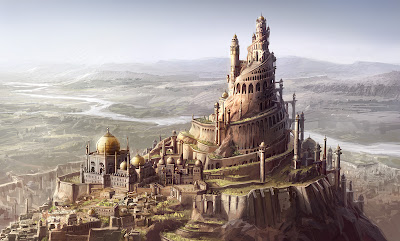 Of all the depictions of the Assassins throughout history, Polo’s would be the most memorable – and most often quoted. According to the Venetian, the Old Man of the Mountain gained his adherents, his Ashishin, by some of the dastardliest methods of subterfuge.

Male recruits were drugged to the point of unconsciousness and relocated inside a beautiful garden where they awoke and partook in all manner of sensual pleasures. This, they were told, was a foretaste of the rewards for those willing to sacrifice themselves to the political cause. The adherents were later drugged again and removed from the gardens. When they regained consciousness they were told that they had been given a sneak preview of paradise. Only through obedience and servitude could they return there again, post-mortem.

Marco Polo asserted that through these, and other manipulative techniques, The Old Man of the Mountain brainwashed his army of fanatical murders. European writers, stupefied by these romantic histories later added to them, suggesting that all the various names for the assassins - “Heyssessini”, “Assassini”, “Ashishin” - were derived for the Arabic word hashish (and its variations describing people who take hashish, i.e. - hashishiyun) – thus lending weight to Polo’s story.

Different versions of this tale have endured over several centuries, inspiring many written works. Interestingly there is another little known interpretation of events, albeit less dramatic, and which depicts Hassan Sabah and his supposed assassin underlings in a less damning light.

In an article written in 1922 by Sirdar Iqbal Ali Shah entitled “General Principles of Sufism”, Hassan Sabah is portrayed not as a killer, but as a mystic who led an Ismaili reform movement in isolated communities in Iran and Syria. According to Shah, his earlier training in Cairo took place at an esoteric school known as “The House of Wisdom” - an Ismaili version of its famous namesake in Baghdad that was devoted to the acquisition of knowledge.

Shah suggests that Hassan, a natural luminary who had risen through the ranks of knowledge “saw clearly that the plan of the society of Cairo was in some respects defective.” He likely voiced his opinions and fell foul with the Ismaili religious leadership whose displeasure with his ideas forced him from Egypt. When he retired to Persia, he remodeled the Cairo coursework and set up his own esoteric school to inculcate the knowledge of Reality, which, mystics assert, lies at the heart of all religions. 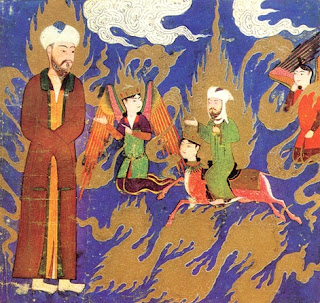 What we might infer from this version of events is that Hassan and his pupils, operating in relative obscurity, may have unwittingly become the basis of a rumour that sought to explain the mysterious murders - and which then grew out of the control during the early Middle Ages.

“Around the figure of Hassan cluster many legends and traditions, most of which have been highly coloured by the passage of time,” Shah writes.

We will likely never uncover the real facts of that period - a confusing amalgam of power struggles and wars between shifting alliances and groups, both local and foreign; a situation which at times bordered on anarchy.

But, bearing in mind the confusion of the period, the fact that murder for private and public reasons was common at the time, and that the human proclivity for assumption and imagination can be almost limitless, it seems possible that the story of the Assassins, as it has come down to us, may very well have been a distortion of some other reality.

The Lebanese-French author Amin Maalouf, in his fictional novel Samarkand, puts forward an idea, which, when looked at closely, may lend credence to Shah’s argument.

“[...] their contemporaries in the Muslim world would call them hash-ishiyun, 'hashish-smokers'; some orientalists thought that this was the origin of the word 'assassin'...The truth is different. According to texts that have come down to us from Alamut, Hassan-i Sabbah liked to call his disciples Asasiyun, meaning people who are faithful to the Asās, meaning 'foundation' of the faith. This is the word, misunderstood by foreign travelers, that seemed similar to 'hashish'."