"He who goes in quest of aid"

Al-Mu'tasim is the name of the eighth Abassid ruler who was victorious in eight battles, produced eight sons and eight daughters, owned eight thousand slaves, and ruled for a period of eight years, eight months and eight days. It's also the name of a character from a Jorge Luis Borges story who has nothing to do with that Abassid ruler. Like many of the Argentinian writer's tales, we enter a world of mirrors and ambiguity, and of sudden discoveries at the most astounding times, and in the most unusual places.

A law student in Bombay renounces his Islamic faith, and finds himself in a battle between Hindus and Muslims during a Moharram procession. An anonymous figure is stabbed and dies; our lawyer enters the ensuing battle, and kills a Hindu. He runs, escapes a "lean and evil mob of moon-coloured hounds" and finds refuge in a circular tower. There, he climbs an iron ladder and meets a filthy old man complaining about Gujarati horse thieves. He flees further, engaging the zoo of humanity. 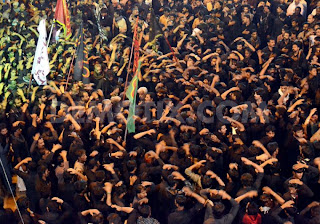 According to Borges, so begins the tale¨The Approach to Al-Mu'tasim¨, a fantasy story of this lawyer´s descent into iniquity, and from there into realization. He dives deep into confusion, fornicating in the Machua bazaar in Calcutta, and narrating the death of a blind astrologer in Benares, before hitting bottom.

Finally, back home in Bombay, he suddenly sees in another abominable man, the reflection of a friend of a friend of a friend: Al-Mu'tasim, a figure of shining brightness and clarity. The lawyer suddenly realizes that we all have some aspect, a varying grade, of that ultimate incarnation.  He then begins his ascent in a devoted search for that bright light of humanity, mirrored in all that he meets. 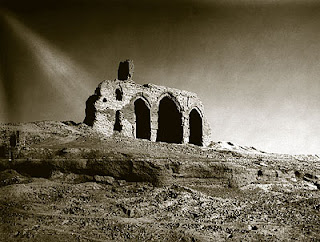 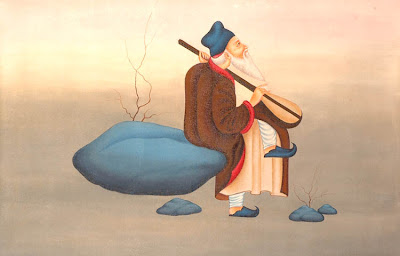 Like the character of Jesus and his readiness to consort with the poor and the leprous, and like many Borges characters, the main protagonist in Al Mu'tasim realizes the presence of the divinity in the abominable. But, according to Borges, not only are all reflections, dim or strong, of that divine light, but the search is not limited to the lawyer from Bombay, or any one of us: ¨the Almighty is also in search of Someone, and that Someone, in search of a superior...Someone, and so on, to the End...of Time.¨

As the lawyer´s ascent proceeds, his search takes him from one meeting to another, until he meets a saint who precedes a Persian bookseller, who in turn precedes Al-Mu'tasim himself, a glowing light recognized only by his voice (at which point the novel ends).

Who knows what is fiction, fact or fantasy in the world of Borges? He uses the Middle East and Islamic world, its grand history and its attractive confusions, to cast a fun shadow on reality.

In one chapter of this story, there are hints that the Persian bookseller's words to Al-Mu'tasim are, in fact, the lawyer´s. In another, the indication is that Al-Mu'tasim is the Hindu that the law student may have murdered. After the quest ends, and before it began, it seems the seeker and the sought may after all be one. Borges's specialty, in one story after another, is to take us to that reality. 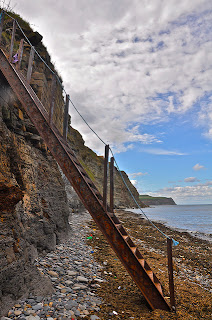