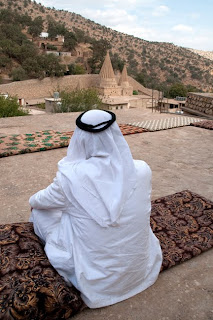 The Yezidis are a non-Muslim ethnic minority group, concentrated in the Kurdish regions of Northern Iraq, Western Iran, Eastern Syria, southeast Turkey and Armenia. Numbering no more than around 700,00 worldwide, the adherents of this little known religion are a people shrouded in mystery and obscurity.

Yezidis consider themselves to be among the oldest races on earth. Theirs is a monotheistic religion dating back to the time of the Median Empire during the middle of the first millennium BC. It is believed the religion either preceded or derived from Zoroastrianism – an ancient Aryan faith, which is centered in modern-day Iran, and with which Yezidism shares many qualities.

What makes the Yezidi religion so hard to pin down is that there are no surviving texts or scriptures. It is a religion that has been transmitted orally. That, along with its cult of secrecy, and changes to its doctrine over the years, has caused it to be poorly understood even among Yezidis themselves. 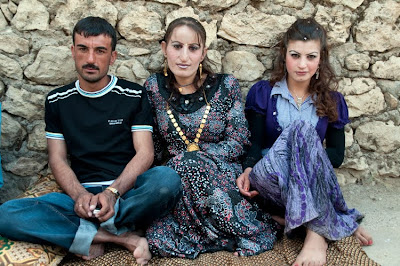 But if anything, it is the term “devil-worshipper” which is most frequently attached to adherents of this elusive sect. In the Muslim, Christian and Jewish faiths the popular story of the angel Lucifer who disobeyed God and was demoted to rule Hell as Satan, has a somewhat different twist in the Yezidi faith.

In the Yezidi version of the creation story, the rebellious angel, who in this rendering is called “Azaziel” or “Malek al-Tawwus” (The Peacock Angel), was later pardoned by God and made chief of a gang of six angels.

The Yezidis worship and pray to the Peacock Angel which has caused others living in their midst to refer to them by the pejorative “devil-worshipper”. The idea in the Yezidi faith that both good and evil are of equal importance in the world, and that neither can exist without the other, has not helped them gain admirers. Reincarnation, another pillar of their faith, is another notion highly reviled by the orthodox religionists living among them.

It is thus of little surprise that throughout the ages, Yezidis have been persecuted and driven into isolation by both Muslims and Christians who had little comprehension, or tolerance, of their beliefs or ways. 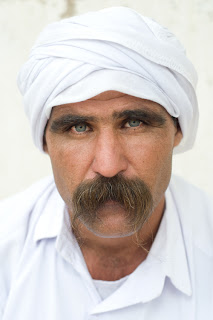 European colonial-era travelers, too, who wrote about their encounters with the Yezidis in the 19th and 20th centuries, including such notables as Gertrude Bell and Freya Stark, tended to perpetuate the devil-worshipper misnomer without much scrutiny.

Despite the difficulties they’ve endured, the Yezidis continue to practice their culture and religion.

Once a year, Yezidis from around Europe and the Middle East, gather for their annual Eid al-Jameyah (the Feast of the Assembly), at the holy sanctuary of Lalish, near the city of Duhok in Northern Iraq. 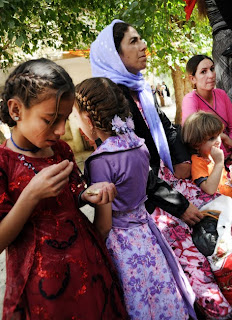 This sacrosanct area has no residents apart from the custodians of several spire-topped mausoleums tucked in a valley below scrub-spotted hills. The Yezidis maintain that Lalish is the place where the universe began. During the festival it teems with thousands of families who bring their belongings and camp among the mausoleums for the weeklong festivities.

“This event is a kind of haj to a holy place,” says Sheikh Pasha, the Supervisor of the Yezidis in the Governorate of Ninevah, in Northern Iraq. “Lalish is like the Qa’aba at Mecca, or the Dome of the Rock in Jerusalem - but of the Yezidi people.”

Music, food, song, dance and socializing underpin the event, which is more akin to an enormous family reunion, than a religious festival. 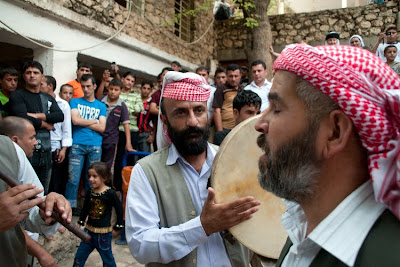