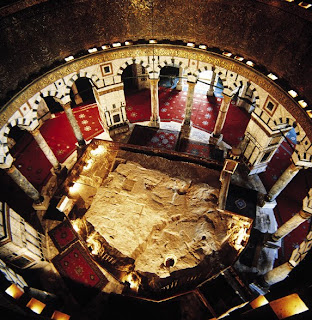 The Israeli-Palestinian conflict is known for its intractability. Soon, it is expected that President Obama will try to bring together Israeli and Palestinian leaders for yet another round of negotiations.

He has a chance to succeed - possibly by sheer will power, if he exercises it - but it is not very likely.

There is another possible approach. It is one that has not been properly tried, and that Obama hints at in some of his speeches. This is to come to an explicit agreement on something more basic before beginning negotiations on such thorny issues as Jerusalem, the refugees and borders.

According to this approach, Israelis and Palestinians would agree beforehand that they both have a common set of human needs that are essential to their future, but that if these needs continue to be unmet, it will simply perpetuate the conflict between them. These fundamental needs underlie and fuel the problems between the two peoples and remain unaddressed because they are intangible by nature and are not traditionally considered in the realm of statecraft.

At a general level, these 'human givens' (1) include, for example, the need for security and safe territory, a sense of autonomy and control, meaning and purpose and the need to be valued by a wider community, among others.

All humans, no matter their identity, will spiral into dysfunctional patterns of behaviour and resort to violent reactions and unsuccessful management of differences if these basic elements of our nature are left unfulfilled.

In the case of the Middle East, the two sides have specific unmet needs: after decades of occupation and no Palestinian state, Palestinians need a sense of autonomy and control over their lives without outside interference; Israelis need security and safe territory in order to provide Jews with a national home. Both sides have denied the other this basic requirement.

Ironically, both peoples also need to a strong sense of legitimacy from and to be valued by others. For Jews, their experience in Europe as the victims of capricious history was the source of this lack, and it was followed, ironically, by their arrival in the Middle East, where their takeover of land - in their minds for a good cause - ensured that Arabs would in turn deny them legitimacy.

For the Palestinians, the rule of the Ottomans gave way to the rule of the British and from there directly to the creation of Israel on their land, reaffirming a consistent pattern of being 'lesser' in the eyes of others. This lack of legitimacy is an unacceptable status for any people.

It is these unmet and very human needs that lie, like phantoms, behind the unresolved Israeli-Palestinian conflict. No amount of political activity, innovativeness, even will, can resolve the situation if these basic needs are not agreed to as the basis for negotiation. Many have referred to these needs in various forms in their analysis of the region, but few have recommended that talks explicitly be held on the basis of addressing these needs.

As difficult as it may be to agree to recognize an enemy’s needs, this mutual agreement can greatly facilitate agreement and lead to known answers:

• For Palestinians, the need for autonomy and control can be met through the creation of a Palestinian state

• For Israelis, security can be met by normalizing their relations with neighbours and ending the state of conflict, as offered, for example, in the terms of the Arab Peace Initiative of 2002.

• The need for legitimacy from and being valued by others can be further met for both through recognition of Jerusalem as their respective capital and of their links to the city on the basis of religious heritage.

• Resolution of the Palestinian refugee problem by recognizing refugees' rights without endangering the status of Israel as a Jewish state, providing refugees with permanent and stable conditions through citizenship, employment opportunities and compensation for suffering can go a long distance to making Palestinians feel less as the nation undeserving of a national status.

Experts will look at the above and say the most talented negotiators have tried to tackle these issues and failed and that this is more easily said than done.

But they have not. They have dealt with Jerusalem, Israeli security, a Palestinian state and the refugees as issues in themselves. They did not come to an explicit, mutual recognition of the common human needs behind these issues first - pinning the phantoms to the ground - before entering the issues and their details.

An initial, explicit recognition by Israelis that Palestinians share these of their common human needs may greatly facilitate negotiations by providing an equivalence between the sides based on a common human condition and a perspective and foundation to return to if talks become heated, hit an impasse, or sink into a quagmire of details. Over decades, both sides needs may have spiraled beyond these basics; however, this may be a way to return to the necessary basics.

Admitting the existence of basic human needs as the basis for any negotiation may seem odd at first. It appears to pull the carpet from right under the feet of the politicians and demystify apparently intractable and addictive, angst-ridden processes. Yet, this basic human recognition of the needs of another, even an enemy, may right decades of wrong and provide the foundation stone for greater contentment and a future for Israelis, Palestinians, their children, and their children’s children. 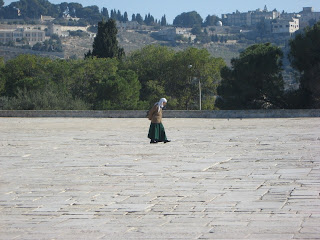