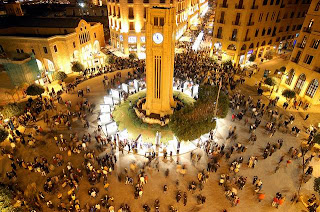 In the small town of Chtoura, halfway between Damascus and Beirut, in the Bekaa Valley, there is a string of shops stacked with the finest food products in the world: German biscuits, Italian mozzarella, French wine and Armenian sausages. The shop owners make their living because wealthy Syrians and other foreigners know that they can find in Chtoura what they cannot find in Damascus. Today, despite war and chaos, Lebanon remains a consumer dynamo.

The country remains corrupt, confused, still suffering from the traumas of war and the soap operas of its leaders, yet it still has an energy and vitality lacking in healthier nations. The Lebanese daylife and nightlife are varied, rapid and active. Goods from across the world pervade Lebanon's markets. Trendy nightclubs grace Monot Street and Gemayzeh, while traditional cafes line the Corniche serving up apple-flavoured tobacco waterpipes alongside Turkish coffee. Everything can be found in Lebanon: cappucino and carpets, Mercedes and mandarin oranges - it is a cornucopia of consumerism.

This basic vitality goes on and on despite profound political schisms and problems. The Lebanese perpetual motion machine spins around its troubles like a mad merry-go-round whose minder has gone home. It spins and offers rides to all comers, without apparent direction, rhyme or reason. The Lebanese move for two reasons: that is what they do best, and they are afraid of what they might find if they sit still. 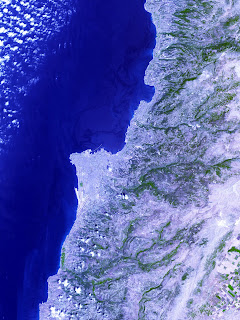 Lebanon is fundamentally two hundred miles of port cities at the foot of some confounding mountains. East of those snowy heights lies the Arab hinterland and the desert - the deep and wide spaces from which conquerors have sprung for millenia.
The Lebanese, whether Phoenician or Maronite, is wont to upkeep a certain distinction between himself and his cousin from the hinterland. Even though they share a similar culture, the Lebanese marks his distinction by the sea that speaks to him every day of new possibilities and new lands. Furthermore, the mountains, with their convoluted valleys, have served as a place for sects to hide and find refuge from the great hinterland. So today, the Lebanese has the knack for international commerce and cosmopolitanism spurred by the sea alongside the apparently contradictory drive for tight identity and ethnic distinction built up by the seclusion of valley or the cove.

As always, nothing is ever that straightforward. Many other Lebanese consider themselves today and forever much more tied to the hinterland. They perceive less of a gap with their neighbours and wish to be part of a larger current. Indeed, there is a record of Lebanese contributing and belonging to the larger sweep: Sidon built the Persian fleets that invaded ancient Greece, Tyre contributed Septimus Severus to the Roman Empire, and Lebanese intellectuals were seminal to the renaissance of Arab culture one century ago.
Yet, this Janus-faced life, one looking west to the sea, the other east to the desert, has a political manifestation which led to 15 years of civil war and continued schisms and strife today. The war and the continuing saga demonstrate a sharper and truer Lebanese character trait: a supreme individuality, fluidly defined according to the needs of the moment and circumstance. Although the war consisted of ´two sides´fighting, in detail it also broke into an endless permutation of every sect against the other, and fragments among fragments within sects.
The Lebanese demonstrated that their most profound allegiances were truly nowhere.They drifted between family, sect, feudal allegiance, city, faith, ideology, prevailing wind or richest buyer, their politics captivated by only one consistency: shifts and moves. The perpetual motion machine spun round and round.
With its dozens of sects and allegiances, Lebanon reflects the mosaic of the Middle East and the rainbow of nation states we see on our maps of the world. The wars in Lebanon are case studies of the dangers of ethnic strife that could plague the planet on a much larger scale. If the Lebanese could have stayed away from the fixations of their identities, from the machine of motion propelled onto the political-scape, their truer nature would have prevailed: the spinning wheel of mountain and sea producing trade for profit, enrichment and survival.
By moving goods, they can fulfil their nature. The shifts and moves are not only escapes or momentary power plays, but are also a basic and commendable drive: vital, energetic, resourceful, inclusive, varied, and thus (de facto) tolerant. When this great virtue is married to the politics of power seeking for its own sake, certain cataclysm is assured; when it is pursued without such hungers, nothing results but a rich diversity and a unique playground of the senses. 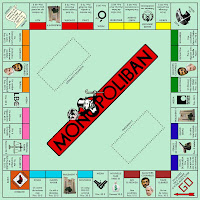