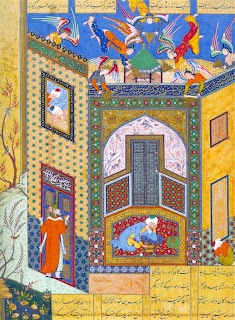 Most people in the West have heard of the poets Omar Khayyam and Jalaludin Rumi. Khayyam came to Western fame through a (poor) 19th century translation of his now-famous Rubaiyat, and Rumi is today a rock star of new age spirituality and mystical literature. Fewer people have heard of Hafez or Saadi, two Persian poets from Shiraz who are more well-known in Iran than the aforementioned pair.

The more interesting and comprehensive outlook is to see all these writers as one stream of excellence extending from the 11th to 14th century, and bringing to the planet some of the most intelligent and insightful texts the world has known. The Persian poets are as seminal to world literature as the ancient Greek playwrights, Shakespeare, or 19th century Russian literature, but they are less well known in the West. They are part of an unstated 'global canon' of overlapping universal themes that recur in all cultures: aids for greater learning.

Saadi lived in an era of incredible violence and upheaval. European Crusaders had invaded the Levant, and the Mongols were devastating the lands further east. In 1226, Saadi left his home to tour the world. As you might expect, it was not without adventure. While criss-crossing North Africa and the Middle East, he married twice, apparently in Aleppo and Yemen, and was enslaved for awhile by the Crusaders.

He left us with two great works among many others, the Bustan (The Orchard), and the very famous Gulistan (The Rose Garden), two works of travel, keen observations, and commentary, set in poetic style. Both works are deeper repositories of knowledge, of the human travels to deeper consciousness, and of our larger purpose. 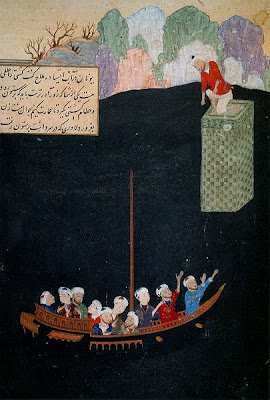 Ralph Waldo Emerson, the great American poet and essayist of the 19th century, understood the power of Saadi, and wrote a great poem about him, his character, and his outlook on life. Emerson also wrote an introduction to a translation of Gulistan, in which he wrote:

"The word Saadi means fortunate. In him the trait is no result of levity, much less of convivial habit, but first of a happy nature... easily shedding mishaps... and with resources against pain. But it also results from the habitual perception of beneficent laws that control the world, he inspires in the reader a good hope."

After thirty years on the road, Saadi returned to his native Shiraz. One year later, Halagu Khan and the Mongol horde sacked Baghdad annihilating the Abbasid empire. Saadi died in Shiraz at the age of 83, and his words live on to this day. One of his most famous verses is often quoted in speeches and is also found in the Hall of the United Nations in New York.

If you have no sympathy for human pain
The name of human you cannot retain.