The Tale of the Gentile and the Three Wise Men 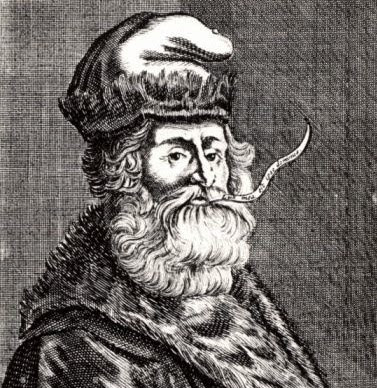 Raymond Lull was a Mallorcan of the late Middle Ages who became known for his writings and his mystical and religious dedication. He was born into a wealthy family in Palma and worked in the royal household there until a religious conversion compelled him to travel and spread Christianity. His ideas and works were based on the power of reason and not blind faith, and he strongly opposed any conversion through violence.
In 1314, Raymond Lull was stoned by an angry crowd in present day Algeria, and died one year later in Palma at the age of 82.
One of his most well known books was called The Gentile and the Three Wise Men. It dealt with the three major religions that have arisen out of the Middle East: Judaism, Christianity and Islam – in a daring manner for its time.
Although written for another age (with theological arguments that are not easy to follow), the story's universalist bent and the openmindedness of its protagonist is a sober and refreshing message in our age of increasing religious radicalism, and exclusive mindsets.
Here is a summary of the book’s unusual tale:
A miserable "gentile" is roaming the roads, berating himself for his unhappy state in life. Lost and depressed, he comes upon three wise men: a Jew, a Christian and a Muslim. The gentile explains his unhappiness, and enters into a discussion with them about God in order to gain some contentment. They agree with the gentile that after they complete an account of their laws and traditions, he will choose one of their faiths as a means to escape his misery.
Each then gives a detailed and masterful explanation of his religion, along with answering the gentile's queries. At the end of the discussion, the three turn to him to find out which faith and tradition he has been most impressed by.
However, instead of stating his choice, the gentile proclaims a personal outpouring of faith, declaring a new profound and heartfelt understanding of the divine road.
The three – Jew, Christian and Muslim – are deeply impressed by the gentile’s ardor and humbled by the superiority of his newfound faith and sincerity. They are especially marked by how rapidly he gained truth after being so long in error, in contrast to the decades it had taken each of them.
Afterwards, the three men commit to spending their days explaining to one another the virtues of each of their religions, without recrimination and prejudice. They agree to continue these discussions until they are united in one single faith.
*
The Gentile, by his sincere queries, and honest arrival at the truth, had managed to impress three devout and knowledgeable believers enough that they turned from a fixation on their own traditions to openness to one another’s common truths.
Posted by John and John at 3:18 PM