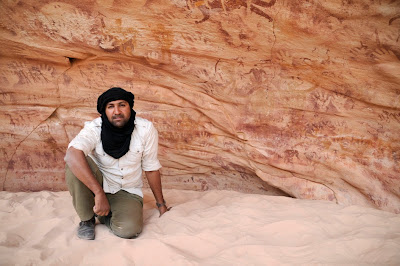 Located off a busy Cairo square, in the bucolic and tree-lined district of Maadi, is a small and inconspicuous basement-level office space. At first glance, the room looks no different than most of the dusty and austere apartments that sometimes double for offices in Africa’s largest city. But upon closer inspection, an entire universe spanning eons, opens up.

Found along the office shelves, on its walls and in its corners are curiosities that speak to a succession of bygone eras of natural history: old topographical maps North Africa, prehistoric stone tools, alien-looking rocks and crystals, ancient tribal artifacts, colonial-era regalia, and dusty old journals and academic periodicals.

This veritable storehouse of treasures, flying stealthily below anybody’s radar, is the headquarters and personal sanctuary of Egypt’s youngest Saharan explorer, Mahmoud Marai.

For more than a decade, Marai, age 35, has been at the forefront of deep desert exploration in Egypt. His journeys have taken him to the furthest and most inaccessible corners of the country.

A high-school chemistry teacher by trade, he has spearheaded dozens of journeys to the Gilf Kebir and Jebel Uweinat regions of the Western Desert (also known as the Libyan Desert) – a still somewhat unexplored wasteland of over 700,000 square kilometers known for its cave paintings, prehistoric relics and concealed wadis.

“People say Egypt is ‘The Gift of the Nile’,” says Marai. “But Egypt is also the gift of the desert.”

Undaunted by his lack of experience or training, this self-taught adventurer started by making solo expeditions in a single vehicle between 1998 and 2003 – an almost unheard of (and some would argue foolhardy) - undertaking that nonetheless earned him the respect of other desert guides. After staking out his own claim to the Western Desert, he began work as a professional guide, desert outfitter and explorer-for-hire in 2004.

Unlike other guides, Marai has become known for his preferred method of doing trips into the desert, either largely - or entirely - on foot.

“You can’t find anything by car,” says Marai. It’s totally useless. Most people who travel into this area bypass a lot of rock art and artifacts because much of it needs to be seen on foot.”

During his short career, he has crossed the Great Sand Sea numerous times, has walked hundreds of kilometres overland to the Gilf Kebir, and has explored most of the hidden wadis of the majestic Jebel Uweinat.

His experiences don’t end there. While at Karkur Talkh at Uweinat, he was abducted and held, along with two others, for weeks by a rogue North Darfur paramilitary organization operating along the porous Sudanese-Egyptian-Libyan frontier. The experience, which was life-threatening, shook Marai to the core. But he nevertheless, intrepidly, went back to explore the desert he loved.

In late 2007, Marai, along with Maltese adventurer Mark Borda, stumbled upon Neolithic cave paintings in the Uweinat Desert, some seven hundred kilometres west of the Nile Valley, near the twin massifs of Peter and Paul. Then, at another nearby location, the two surveyors found engravings on a large rock consisting of hieroglyphic writing: a Pharaonic cartouche, an image of a king and other ancient Egyptian iconography.

The implications of the discovery appeared to be significant. The consensus among Egyptologists up until then was that the ancient Egyptians did not penetrate the Western Desert any further than around 80km southwest of Dakhla Oasis – an area of sandstone hills containing hieroglyphs discovered by German explorer Carlo Bergmann. Marai and Borda’s discovery seemed to indicate that the Ancient Egyptians had in fact penetrated much, much, further into the desert than had previously been believed - all the way to the area near the Libyan border.

“The ancient Egyptians had the means, the methods and knowledge to undergo very long journeys in the desert,” says Marai. 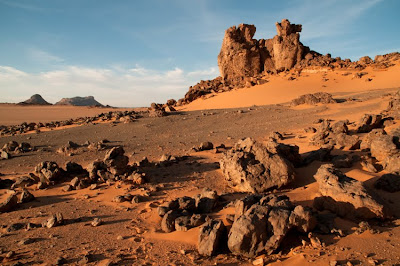 Photos of the inscriptions, whose location has been a tightly held secret, were taken to the UK to be looked at by a hieroglyphics specialist. A preliminary translation determined that the hieroglyphs mention the name of a region where they may have been carved – the fabled Land of Yam: one of the most mysterious nations that the Ancient Egyptians traded with in Old Kingdom times.

Marai and Borda both believe that Yam, which has never been positively identified, lay somewhere in the area where they found the inscription.

Despite his best efforts to get the academic and Egyptology community as a whole to recognize his discovery, there has been relatively little interest in the Yam inscriptions. This due perhaps to a lack of willingness to budge an iota from the accepted historical narrative, which sits heavily in text books with the weight of dogma.

Because of the worldwide recession of the last few years, there has been far less of an appetite for internationally sponsored desert expeditions, and much less demand for Marai’s skills. He has since fallen back on teaching high-school chemistry.

But ever the dreamer, Marai looks ahead to the day when he can pick up where he left off and perhaps contribute in his own way to the story of history, which, he maintains, will continue to be re-written, despite of the intransigence of the “experts”. 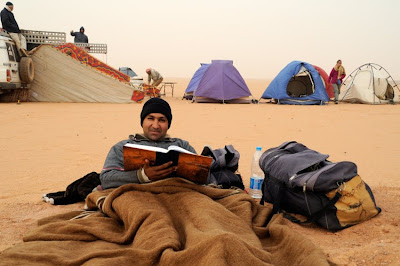 It's an interesting article