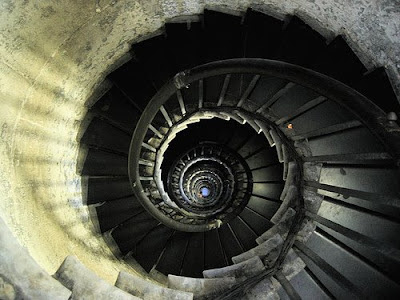 Photo copyright Tim Paul 2008
For years, efforts to resolve the Israel-Palestine problem, as well as other issues in the Middle East, have floundered outright or only managed to scratch the surface of issues whose roots lie much deeper than where most peacemaking work has taken place. Despite the failures, these political initiatives continue unabated while the problems of the Middle East become further entrenched.
As a result we have a situation today in which a team of well-intentioned doctors are attending to a patient, whose malady has been misdiagnosed, in the hope that a successive application of misplaced treatments will result in a sudden, random, and miraculous cure.

We believe that new clarity is desperately required regarding the problems of the Middle East and their resolution. In our view, the problems of the region cannot be effectively addressed on faulty premises or political terms, or in talks or agreements that do not attend to the root problem.

We believe the correct basis and working assumptions must be established before efforts move forward. Therefore we would like to suggest reframing the problems of - and the solutions to - the Middle East in wider, simpler and more fundamental human terms that draw upon new understandings in the fields of psychology and human behaviour.

We therefore postulate the following:

* Human beings come into high states of anxiety and emotion if their needs - physical and emotional - are not met. These needs can be defined and articulated and they must not be confused with wishes.

* This heightened state of anxiety and emotion is not conducive to finding ways to meet those needs, leading to a downward cycle of worsening of conditions, and in the end, violent conflict

* We believe that the Middle East is exactly in this state, failing to find successful mechanisms to meet the needs of its citizens, societies and its groups.

* Part of the reason that Middle Easterners are not properly attending to the needs of their own, is because theirs is a region that emphasizes and employs the use of ancient means of meeting needs - approaches that no longer work in today's complex world.

* These ancient means can be described as old systems of survival used by small groups (whether tribe, religion, or nation - or a mix of the three) derived from millenia of threat and competition.

* Historically, the pressing need to survive in a region filled with competing groups and frequent invaders, often combined with a lack of overarching authority to provide security, have led to the creation of these group survival systems - based partly on strength, intimidation, deterrence, and war-making - and which have persisted until today. A high degree of exclusivity within groupings adds further fuel to these divisions in a region where groups live together, or in exceptionally close proximity.

* This continued reliance upon survival through a system of exclusive and ancient grouping that once helped to meet the needs of another time is now obsolete in a world where human beings live as part of one global community, where our survival as a race depends on collective cooperation against collective threats, and in a region that, despite the wishes of many, is fundamentally interconnected.

* Put in another way: continued emphasis upon ancient group survival in the Middle East only leads to worse emotional states and poorer responses to a conflict which now, ironically, threatens the survival of the people employing these techniques in order to survive.

* In addition to spending much of their time and resources towards ensuring group survival and neglecting the basic needs of its citizens, leaders in the region often take advantage of these conditions in order to keep themselves in positions of power, prohibiting the development of new mechanisms and deepening the already profound crisis facing the region.

* This failure to properly meet needs, and the ability to move towards approaches that do, is the source of regular violent conflict in the Middle East, whether between Israelis and Palestinians, or between groups in states such as Lebanon, or Iraq, or even between Palestinians, for example.

* Indeed, today in the Middle East, there is an often intentional approach of denying or belittling the other group and its needs as a means of strengthening one's own. This, above all, needs to change if negotiations or political processes are ever to achieve lasting solutions.


We believe that new mechanisms can be achieved in the Middle East for the needs of all groups to be met, and for survival and prosperity to be assured. To be sure, these must be developed by the people in the region on the basis that the needs of all sides must be met and that new arrangements - political, economic, and cultural - can and must be found to do so. As a basis for moving forward, various groups in the Middle East must also recognize each other's legitimate needs.

Through this blog, and through an adjunct site created specifically for these issues called The Missing Piece, we will aim to elucidate an examination of the problems, the needs, and the means to meet them, and thus, the possible roads that could help the Middle East move from illness to health.

All text in this post copyright John Zada and John Bell 2008
Posted by John and John at 10:30 PM

I wish you luck in trying to do a proper analysis and suggest that you look to limiting the role of the state to security functions and by considering the argument that much of the anger on the Arab street can be explained by the concept of thumos.

Hi Johns
Yes you are perfectly correct about the survival mechanisms.
Very much like HGI.com I also work with dreams for individuals and groups.
This is the way of the future: to tap into the REM state which will produce the more evolved human being. This is the way in which we are designed to move on from the 'ancient ways'.
Please feel free to peruse my blog at www.potentialchange.com.
Kindest regards
Bruce

Brilliant article! I believe you have hit the nail on the head. Human tribalism belonged to the savannah not the skyscaper. The old ways have outrun their usefulness. New way of thinking is an imperative!