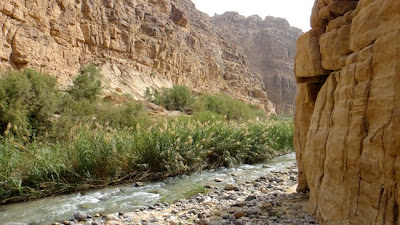 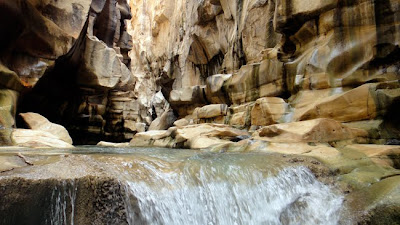 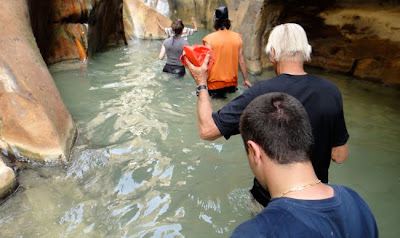 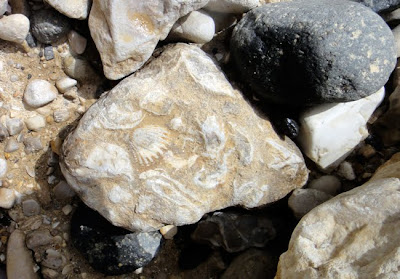 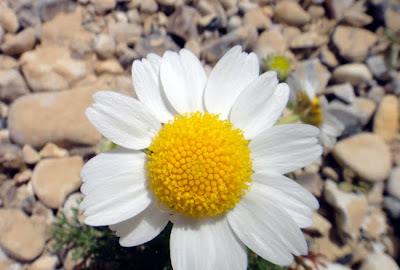 (These photos were taken on the Malaqi Trail, which follows part of the Mujib and Hidan Rivers).
Posted by John and John at 5:39 PM No comments:

The Beauty of Reform 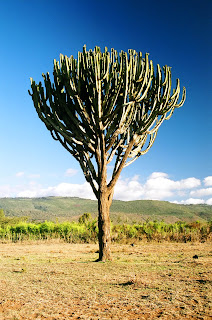 A reality that is easily forgotten about each of the three monotheistic faiths of the Middle East is that they were each once a profound attempt at reform of an existing religion.
Judaism was a reform of the many pagan Canaanite faiths, focusing on the One God, instead of the many.
Christianity was a reform of Judaism, focusing on the individual human relation with God, rather than the law in-itself.
Islam was a reform of both Christianity and Judaism, focusing again on the universal unity of God (known in Arabic as “Tawhid”), rather than ethnic or iconic representations of the intangible.
Of course, each derived from a specific context and time and still reflects the tones and spirits of those beginnings - in Judea, Galilee and the Arabian Peninsula, respectively.
Today, we view these faiths as civilizations and separate cultures, often in deep competition with one another, and even sometimes at war. Despite the talk in interfaith activities, the common spirit behind them is secondary to the cultural references; the form of the faiths is more important than their spiritual motivation.
As reforms of existing religions that had grown stiff and fixated on objects rather than the divine, Judaism, Christianity and Islam are originally simply branches of a singular “tree” of spiritual and human development. It is a tree that existed before those branches took shape and that continues to this day in other forms. Their acts of reform were in direct line with this larger effort, and no other.
The question today is whether these three faiths, spread as they are across the globe, can be realigned to serve their original purpose and the deeper current from which they stemmed. There may be no way to do this without each becoming humbler to that origin. That would mean that the rituals, cultures and identity these faiths have developed are treated as secondary to human growth and development; a step that would require the religions be adjusted to the needs of today.
The monotheistic faiths are not ends in themselves, but means, and so a process of endless reform of human foibles without sacred cows. Only so can they help humanity in its “eighth day of the week”.
Posted by John and John at 7:15 AM No comments: 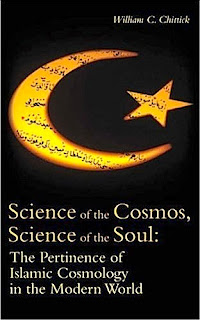 In his book, Science of the Cosmos, Science of the Soul: The Pertinence of Islamic Cosmology in the Modern World, William C. Chittick has put forward a refreshing outlook on Islam today. Away from the ideological and cartoonish depictions of this faith, Chittick unfolds a forward looking, indeed revolutionary perspective on how Islam was meant to be understood in the first place.
The core of his work is a critical differentiation in Islam between two forms of human knowledge, "transmitted" and "intellectual". Simply put, the former is passed on in the form of "Taqlid" (imitation of an authority), the latter can only be found independently through "Tahqiq" (realization, verification), using mind, heart and personal experience.
According to Chittick, to think “Islamically’” is above all to pursue the unity of God, the only source of truth and reality, through Tahqiq. This highly personal pursuit of unity stands in stark contrast with the modern obsession with intellectual and academic specialization, a form of fragmentation that moves away from the discovery of unifying principles in the world.
In his view, this fragmentation creates the many gods of modernity, a source of confusion and suffering, especially when "God" enters the domain of politics becoming yet another manifestation of difference. Indeed, Chittick claims that much of modern Islamic intellectual and political thought “suffers from a grave illness” by imitating modern Western thought, having little to do with original Islam as he understands it.
He also puts a powerful focus on how to “go beyond ideology and dogma”, and steps beyond politics to include much of modern Western scientific thinking as dogmatic because it involves imitation, rather than personal realization. In this novel yet ancient approach to knowledge, there can be no ivory towers of pure objectivity. Knowledge becomes moral again because it springs directly from the human, embedded in our very natures. “We cannot study the natural world without studying ourselves, and we cannot learn about ourselves... without understanding the wisdom inherent in the natural world.” The two are inseparable; there is no room for stark dualisms.
The odd but perceptive title of the book introduces this secret missing piece of Islamic science, the human dimension of "soul". This is in many ways a very radical book, asking us to approach matters with an unimposed or legislated lens: “Until you know yourself … your self-knowledge is based on imitation, not realization.”
What Chittick proposes requires enormous training and personal discipline in the development of one’s self and “soul”, the very instrument through which verification and understanding are gained. But, he makes a powerful argument that this is the real Islamic tradition, and one that offers the modern world, East and West, the chance to rediscover the self as the proper basis for knowledge and creativity.
There are signs today that the Arab world is awakening. The Egyptian and Tunisian revolutions have sought independence from authority, rejected dogma and ideology and, by their pluralism, accepted that individuals, and not just "tribes", matter. Although this current runs at the political level, it mirrors Chittick´s intellectual approach, a mechanism that can be a road forward for Arabs, and a model for many others around the globe.
As he clearly states in this book, the need has never been greater for creative, independent, and unifying action to meet our challenges. "Tahqiq" and its fruits seem very much the proper beginning.