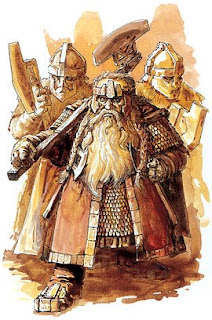 There are recent reports out of Israel that Hizballah is strengthening its positions in southern Lebanon by digging tunnels throughout the troubled area. If these reports are true, then there is indeed a new and strange trend in the Middle East: deep underground in Bint Jbeil, Jerusalem and Gaza, men are busy burrowing away after some strange purpose.

Without its knowledge, Hizballah has joined the likes of other active diggers in the region such as the right wing Jewish settler groups digging a tunnel between the City of David and the Dung Gate of the Old City of Jerusalem. Both these efforts can join the now infamous tunnelling efforts beneath Rafah in Gaza. Of course, each of these activities has its own purpose. Hizballah is readying for a future fight with Israel, Hamas digs tunnels for smuggling goods into Gaza and the Israeli settlers are trying to connect their Jewish heritage through subterranean methods.

This burrowing can seem as surreal to an objective eye as the dwarves in the Lord of the Rings digging ever deeper into Mount Moriah. But what exactly is going on here with all this underground activity in a region troubled enough overground?

Digging tunnels in the Middle East is today the purview of non-state actors on serious political missions. They all preserve the right to act underground or elsewhere in the name of a greater cause, despite the presence of a sovereign state, whether that state is Lebanon, Egypt or Israel, and whether the goal is Jewish supremacy in Jerusalem or Hizballah dominance in Lebanon. What better way to do so than underground, invisible, unseen and, generally, effective?

Metaphorically, by digging below the ground, these ideological non-state actors are wearing away at the validity of state power in the Middle East, making authority impotent in the face of their hyperactivities. The sadder fact is that almost all this digging goes on with some knowledge, and even complicity, of elements of the sovereign state – a fact that confirms the hollowness of that authority, a power that either does not take itself seriously or underhandedly agrees or bows down to the agendas of non-state actors.

For sure, nothing would insult these groups more than lumping them together, but together they do represent a real problem in the Middle East - one of the supremacy of the ¨non state¨ and its most recent manifestation: ¨tunnel behaviour¨. And there is no one there, or ready, to stop them.

All text in this post copyright John Zada and John Bell 2008
Posted by John and John at 11:53 AM

and here i anticipated a freudian analysis of subterranean national consciousnesses, but i see you preferred a more normative metaphorical interpretation...

what's interesting about the movements you mentioned is the parallel between their underground activities and their yearning for the (perceived) glory of a utopian yesteryear...

digging beneath the ground is but one way to slough dead skins of foreign history that suffocate each movement's unique living "memory" of the past.