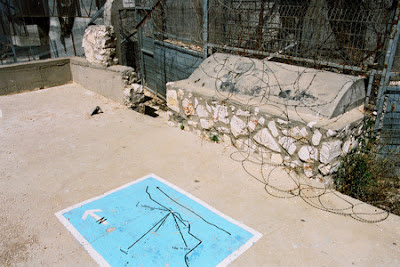 In the year 2000, I was working with the United Nations as the political advisor to the UN Secretary-General’s Personal Representative for southern Lebanon. Among our problems was a special spot on the Lebanese-Israeli border. There stands there a hill with a panoramic view of the Israeli panhandle and Lebanon’s rolling southern hill.
The Muslims call the site ‘Sheikh Abbad” after the Sufi saint they believe is buried in a tomb located at the top of the hill. According to tradition, he lived as a hermit in the area about 500 years ago and he had religious followers, makers of mattresses, who sold their goods near the Sea of Galilee.
The Israelis, on the other hand, believe Rabbi Ashi, a Jewish sage, is interred on the same spot. Rabbi Ashi lived about 1,600 years ago and assembled the Babylonian Talmud, an interpretation of Jewish oral law.
In 1978, Israel occupied southern Lebanon and also gained control of Sheikh Abbad hill. Twenty two years later, Israel withdrew from Lebanon and the UN was left with the dubious responsibility of drawing a line of withdrawal between Lebanon and Israel.
The UN cartographers used sophisticated GPS systems to mirror the armistice line that existed between British Mandate Palestine and French Mandate Lebanon in the early 20th century. This ‘Blue Line’ that the UN drew between Israel and Lebanon was accurate within metres… and happened to pass right through the small tomb (1 x 2 metres) on Sheikh Abbad Hill. This effectively left the tomb one-half in Lebanon, one-half in Israel. The photos included here are from the Lebanese side of the border. 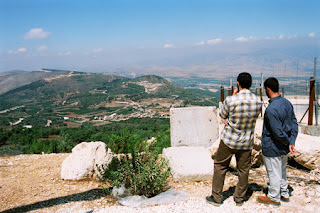 After the withdrawal, Hizballah, the Lebanese Shiite group that had fought the Israeli occupation, sent busloads of its followers to the Lebanese side of the tomb to visit the site of the Sufi saint, but also to harass the Israeli soldiers on the other side of the tomb. Young Lebanese who detest the Israelis, would come and spit and throw rocks at them. Once, two teenagers lobbed firecrackers at the young Israelis hunkered down with M-16s on their side of the tomb and occasionally the soldiers would get angry enough to fire at their Lebanese harassers - one boy was shot in the leg due to his misbehaviour.
Matters got bad enough that the Israelis finally put up a fence over and around the tomb, physically cutting it in half. Israel had also put up a plaque in Hebrew to commemorate the presence of Rabbi Ashi, but this was also cut in half by the Blue Line and the new fence. The Lebanese scratched out the Hebrew words left on their territory.
No one knows who, if anyone, lies in the tomb. It’s an old legend. As one clever diplomat said, “Knowing the Middle East, it’s probably a Christian monk in there…”. 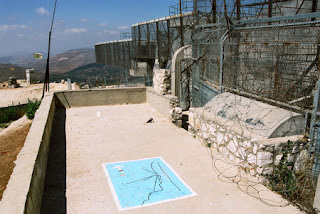 Text and photos in this post copyright John Zada and John Bell 2008
Posted by John and John at 12:01 PM

I have spent the last hour and a half learning more about the Middle East than in the months when I lived in Israel, or even these years of studying international relations. Thank you.

This article stands out, as does the one about being adrift....they sum up my perceptions and frustrations with the ongoing, currently low-grade conflict, particularly in Lebanon/Israel/Gaza.

Yes. There is humor in the border that divides a grave of an unknown prophet (possibly monk). And pathos in the directionlessness of the current attempts at "mediation" and "conflict management." It's this combination of both that make you want to bang your head against the barbed wire walls that divide that which should be indivisible; or make you want to go to the Valley of the Shouts and scream at the uselessness of it all.